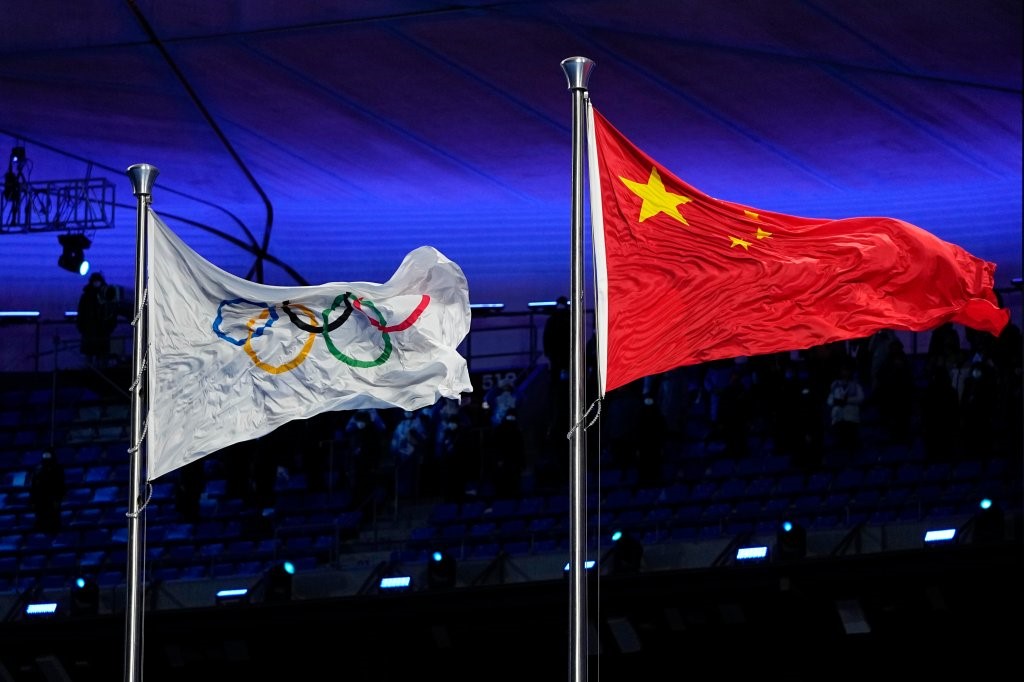 What a joy to wake up early on the morning of Friday, 4 February to the celebration of the opening ceremony of the Olympic Games. A bit of brightness in the dead of winter. China was hosting an Olympic Games for the second time since 2008, albeit under very different conditions.

China’s coming out party in 2008 was to show the world who they are. People were free to move around as they took great pride in showing off their history, past, present and future. In 2022 the scenario was far more complex. Between the Covid restrictions, diplomatic boycotts pointed at human rights transgressions, threats of conflict around the world, the time we took to celebrate together initially seemed fragile. The IOC made it clear the Olympics is about coming together in peaceful competition and China used the opening ceremony as a platform to display the essence of diplomacy in action.

It is the job of protocol officers to give meaning to ceremonies and events and ensure appropriate symbolism. Chinese people, concerned with respect for rituals and traditions, attach great importance to the representation and staging of flowers or animals. Beyond their decorative aspect of great expressiveness, they have a traditional symbolic value, codified, evocative of power, financial success, matrimonial happiness, and good health. In keeping with tradition, while aiming at the future, technology played a strong role in providing a spectacular event. We could take a few lessons from this amazing display of nuance and symbolism.

The opening ceremony was at the magnificent bird’s nest. Aptly named, due to the web of twisting steel sections that form the roof. Chinese people believe that everything in the world has yin and yang, a simple and broad ancient Chinese philosophy. Yin and Yang theory emphasizes balance and harmony, like that between earth and heaven, water and fire, night and day, etc. In Chinese culture, "bird" has the metaphorical meaning of masculinity. If "bird" means masculine and vigorous, then "nest" symbolizes femininity, nurture, and the carrier that contains all things. So, its name has yin-yang harmony. The stadium was meant to symbolize the ‘great nature’ on earth with an overall theme of balance. Apart from its aesthetics, the space was designed in a way to show the coexistence of the urban amidst natural surroundings, symbolized by the Olympic Green. The brilliance of the latticework is denoted in the multiple pentagrams created by its functional geometry, which are reminiscent of the stars on the Chinese flag. The opening ceremony was held on the 4th day of the spring festival and the Chinese New Year – the year of the Tiger – a symbol of ambition, courage and strength – it seems the stars lined up for a perfect analogy with what the Olympics represents. The weather was scheduled to be perfect all week with clear sunshine in the 40s F or 4 C.

The opening ceremony began with an amazing technological display of the coming of spring. Another symbol that when it’s darkest, that’s when the hope for newness is strongest. The athletes who had to go through tremendous rigors and tests to ensure a covid free environment without the support of friends and family nearby, proved their strength and resilience to overcome obstacles and do what it takes to be part of this significant event. The opening ceremony was for a limited number of invited guests.

In spite of the challenges of the restrictions, the parade of nations is a powerful and unifying moment. As tradition would have it, the parade starts with Greece, (the founding nation of the Olympic Games), then followed by nations ordered according to the number of strokes in the characters used to spell the nations’ names in Chinese. The penultimate spot is that of the next nation to host the winter Olympics, in this case, Italy, then the hosting nation, China. French and English are the official languages of the Olympic Games, and then the language of the host nation. The host nation flag went up first and to its right in the position of honor the Olympic flag stood tall.

China used this opportunity to highlight and celebrate its diversity – 56 different ethnic groups. Nations were asked to have a male and female flag bearer when possible - the theme was “coming together”. The young people are optimistic and feel peace starts with the individual. During the artistic display we noticed snowflakes as a symbol of bringing East and West together. No two snowflakes were alike and they were in the shape of the Chinese knot for the spring festival celebrating coming together and commonality.

The IOC President, Thomas Bach, enforced the games were to bring athletes together in peaceful competition. He talked about building bridges and appealed to all to observe the Olympic rules and give peace a chance. His speech was validated by an artistic display of doves, children singing, and hearts, to the sounds of John Lennon’s song,“Imagine”. Moreover, as an act of political significance, the ceremony ended with one of the athletes from the Muslim minority group, the Uyghurs, having the honor to light the Olympic flame. In light of grave reports and allegations earlier that China committed wide-scale human rights abuses against the Uyghurs, it maybe a promising sign that China has allowed the United Nations High Commissioner for Human Rights to pay a visit in the first half of 2022.

Sports events are frequently used as a stage to make political statements. President Nelson Mandela seized the opportunity of the Rugby tournament to bring the nation together after the break-down of apartheid. During apartheid, it was thought that soccer was the sport of the black man, while Rugby was a white man’s sport. There was a clear divide in the nation and blacks may have resisted cheering for their own nation’s rugby team, in protest of their suppression by the white regime. President Mandela was aware of this and used the preparation of the rugby tournament to encourage the non-white South Africans to participate in supporting their nation. He was successful in his quest, and it was the first time the nation came together as one South African nation all cheering for the same team. It was an incredibly unifying, and emotional event when South Africa won.

The 24th Winter Olympic Games in China were full of nuance and symbolism toward peacefully sharing a global civic place together. To reinforce that “sport is a tool to promote peace, dialogue and reconciliation in areas of conflict”, and that sport “can be used to promote human rights and strengthen universal respect for such rights”, the United Nations General Assembly adopted in December a resolution entitled,“Building a peaceful and better world through sport and the Olympic ideal”. There is an inseparable link between peace and the Olympic Games.

Just a short time after coming together in peace, and seeing the UN Secretary General, Antonio Guterres and President Putin of Russia cheering together during the Olympics with other world leaders,we are shockingly reminded with what is happening now in Ukraine how fragile our commitments to each other are. We should not forget so easily a consensus UN Resolution which was also co-sponsored by the Russian Federation among many other Member States. Unfortunately, on Friday 25 February, Russia vetoed the UN Security Council resolution that would have demanded that Moscow immediately stops its attack on Ukraine and withdraw all troops.

We should not forget so easily the Olympic ideal.