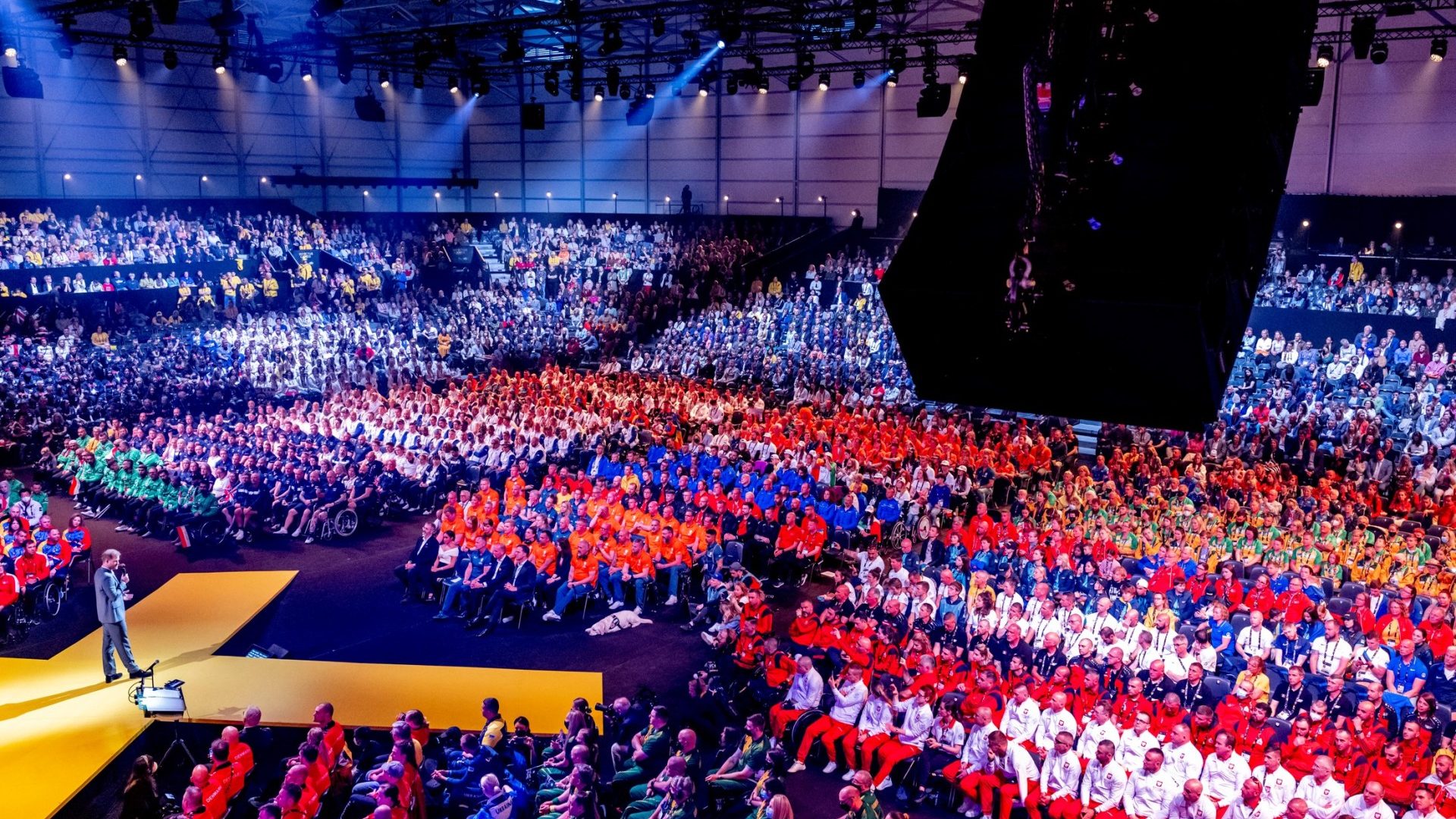 Protocol at the Invictus Games The Hague 2020

Today, it is exactly a month ago that the Invictus Games The Hague 2020 started with a spectacular Opening Ceremony, after two years of waiting due to Covid-19. Hundreds of competitors and more than a thousand of their family and friends, as well as a wide range of dignitaries from the 20 participating nations could finally be welcomed in the Zuiderpark. It truly was an exceptional start of a memorable competition week, full of camaraderie.

It was a real honour to be part of the Local Organising Committee as Director of Protocol and to work together with such an amazing and dedicated team on this inspiring multilateral sports event for wounded, injured and sick service personnel and veterans. The Invictus Games is about the road to recovery and this is why winning a medal here is such an achievement for the competitors. Many of them have suffered physical or mental trauma during service. The Invictus Games uses the power of sport to help this group rediscover themselves, support rehabilitation, and generate wider understanding and respect for those who serve or have served their country. Founded in 2014 by Prince Harry, the Duke of Sussex, the inaugural Invictus Games took place in London, followed by editions in Orlando (2016), Toronto (2017) and Sydney (2018).

Four years after Sydney, the world looks different in many ways:

a change of regime in Afghanistan;

a devastating war in Ukraine;

and an extremely tense geopolitical situation,

all impacted the entire Invictus Games community. According to numerous stakeholders, all these reasons made it more important than ever to organise the Games. However, trying to find a right balance between sports and politics remained relevant.

From the beginning, the mantra of the Invictus Games The Hague has been: ‘Competitors First’, so the main focus was on the participants and their family and friends, and it is great that we were able to keep it up under the current circumstances. For that reason, for example, the dignitaries were not seated on the first rows at the Opening and Closing Ceremonies, but were placed in the Grandstand behind competitors, family and friends; without any complaints. To create a harmonious setting with the athletes who were wearing sports gear, the dress code was Smart Casual rather than Dark Suit.

But obviously, when welcoming a wide range of high-level delegations, the traditional protocol arrangements needed to be secured. Such as during the vast number of medal ceremonies; while at the same time assigning the appropriate parking facilities for the different categories of authorities. Or during the introductions of members of visiting Royal Families, as well as in the preparation of some sensitive bilateral meetings. And from arranging several important diplomatic handshakes here and there, to facilitating a live video connection between the Ukrainian team and President Zelensky on the day prior to the welcome reception. With dignitaries ranging from the Duke and Duchess of Sussex, to an American delegation appointed by President Biden. From His Majesty King Willem-Alexander of the Netherlands, to NATO’s Military Committee. And from the Dutch Prime Minister, to a dozen of Ministers of Defence or Veteran Affairs, as well as the Ambassadors and Chiefs of Defence, or their designated officials, of each participating nation.

In order to make sure that all our dignitaries would have an unforgettable time during their stay, I launched a social media campaign six months prior to the Games, to attract volunteers for this once in a lifetime position. After a thorough selection process, 40 protocol liaison officers were selected. On top of the regular volunteering benefits, a certified two-day training programme on international protocol and strategic networking was included in the package, provided by my esteemed partners Ambassador Csilla Würtz and Maryse Larché Mele, as well as myself, and enthusiastically supported by fresh gaduate Dylan Clementia and eager intern Sami Jaber, in their capacity of fulltime protocol officers for several months. In the weeks prior to the Invictus Games, our wonderful volunteering team got up to speed and standard related to all kinds of relevant topics to welcome the wide range of international guests throughout the Games Week in the most hospitable way. Committed individuals from all walks of life prepared for the full spectrum of protocol services in a hybrid setting, attending from Argentina, Aruba, Bahrain, Canada, Germany, Ireland, the Netherlands, Switzerland, United Arab Emirates, United Kingdom, and United States of America. With a wide variety of tasks on the ground during the Games Week; ranging from welcoming and escorting delegations, overseeing the hospitality lounges, comforting our board members and trustees, cooperating with security, arranging seatings and behind the scenes meet & greets with competitors, and liaising with all delegations by the designated country officers, to coming up with innovative solutions to last minute requests. Csilla, Maryse and I feel it was quite an exceptional opportunity for our entire team that such a wide range of tasks and responsibilities came together at such a remarkable event, at specifically this moment of time.

Throughout the Games, we have seen incredible performances by the competitors, heard impressive and emotional stories from their families and friends, and noted the distinguished visitors enjoying the great atmosphere and fantastic weather. “You set the bar quite high for next year’s edition”, according to (again) numerous stakeholders.

The next Invictus Games will be held in Düsseldorf from 9 to 16 September 2023. I wish our colleagues in Germany all the best to make the 2023 edition another resounding success!

Keep up the true Invictus Spirit!